HOME | ABOUT US | QUALITY CONTROL | QUALIFICATION | BLOGS | CONTACT US 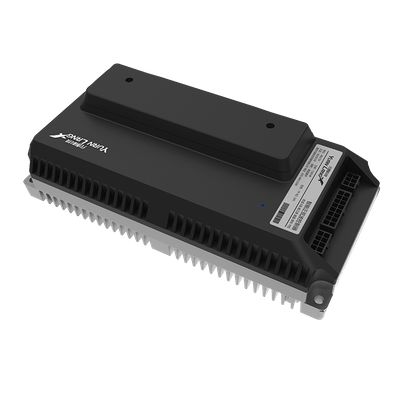 3.Undervoltage comparison is designed as voltage hysteresis self-locking comparison Some controllers on the market only have the function of under-voltage protection, that is, when the battery voltage is lower than a certain voltage value (such as 32V), the controller is blocked from working. This makes it easy for users to use the battery's rising voltage to work (that is, after the battery stops discharging , The battery voltage will rise by 2~3v), causing the battery to over discharge. The controller undervoltage comparison is designed as a voltage hysteresis self-locking comparison, which can effectively avoid the use of battery pick-up voltage. The   Wheelchar brushless motor and brushless electric vehicle controller designed according to the above improvement has been tested by various load conditions and various road conditions, and it has proved its high reliability. Reliable protection can be achieved in the case of locked-rotor operation and direct short circuit of the output terminal, which improves the reliability of the brushless electric bicycle controller in actual operation. The improved controller can completely reduce the failure rate of the controller and reduce The purpose of the vehicle repair rate. In addition, due to the function of the current loop, it can extend the driving distance by nearly 10% compared with the general controllers on the market, and the effect of the current loop is more obvious when there are frequent accelerations and decelerations and repeated up and down slopes during driving